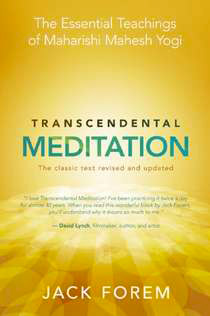 A great book. By far the most comprehensive on the TM technique.”

Transcendental Meditation is a simple, natural method of allowing the mind to go beyond thoughts and gain access to the silent inner field of creativity, energy, peace, and happiness that is our own essential nature, our Self.  Widely known and prescribed by physicians for its powerful stress-reducing effects, TM is much more than that.

Maharishi Mahesh Yogi , who brought TM to the West, said that TM offers any individual not only a gateway to the highest spiritual unfoldment (Enlightenment), but also “sound physical and mental health, greater ability in action, a greater capacity to think clearly, increased efficiency in work, and more loving and rewarding relationships with others.” Five million TM practitioners around the world and more than 360 published, peer-reviewed scientific studies have consistently corroborated these lofty claims.

Described as “a great book. By far the most comprehensive on the TM technique” when it was a bestseller in its original version, Jack Forem’s study of TM became a much-loved classic. This updated edition contains all the features of the original plus much more. Clear, easy-to-read diagrams explain scientific research showing TM’s beneficial effect on the brain and a broad spectrum of contemporary concerns, from health, self-actualization, and development of intelligence to post-traumatic stress (PTS), attention deficit/hyperactivity disorder (ADHD), and more.

In these pages, Oprah Winfrey tells how she has offered TM to everyone on her staff. Dr. Mehmet Oz explains the benefits of TM for heart health. School principals describe the dramatically positive effect on their students when TM is introduced in the classroom. Interviews with celebrities as well as men and women of every age, background, and religion provide a lively testimonial to the efficacy of TM in making anyone’s life happier, healthier, and more creative. 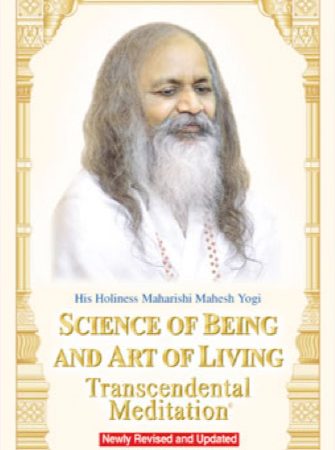 Science of Being and Art of Living

By 1963 Maharishi had completed this fascinating book, which presents what he calls the Science of Being as the systematic investigation into the ultimate reality of the universe. 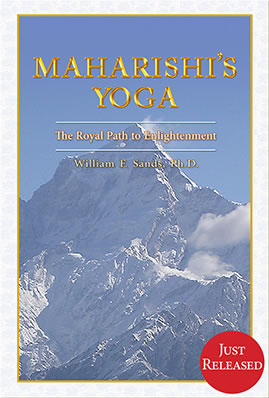 This easy-to-read and far-reaching book explores Maharishi’s teaching on Yoga philosophy from several perspectives, including its profound practical benefits for individuals and societies.

In this highly anticipated follow-up to Volume One, we again join Dr. Vernon Katz as he sits by Maharishi’s side, and we listen in on these exhilarating conversations about the highest potential of human life. 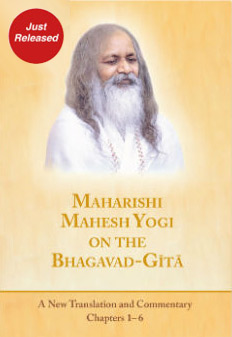 Maharishi Mahesh Yogi on the Bhagavad-Gita, A New Translation and Commentary, Chapters 1- 6

In these pages—and in particular in Maharishi’s comments on the 45th verse of Chapter 2—everyone will find the key to a happier, more successful, and more fulfilling life.