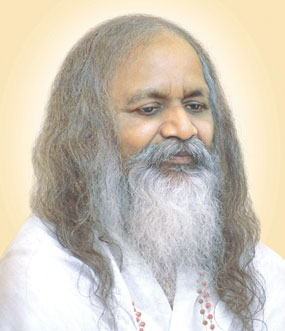 Maharishi Mahesh Yogi is the Founder of the Transcendental Meditation (TM) program.

Maharishi brought the TM program from India to the West in 1959. Since then, more than 10 million people of all ages, cultures, and religions have learned the TM technique.

In 1963, Maharishi published his seminal book, Science of Being and Art of Living, which was translated into 15 languages. His second book, published in 1967, was Maharishi Mahesh Yogi on the Bhagavad-Gita: A New Translation and Commentary.

During his life, Maharishi worked with scientists, educators, and exponents of Vedic wisdom to develop an integrated approach to knowledge, unifying diverse fields of study. He wrote many books and circled the world numerous times, speaking with world leaders and lecturing widely.

Through the second half of the 20th century, Maharishi inspired a scientific quest for enlightenment. Over 700 published studies on the TM technique have demonstrated its far-reaching benefits—better health and longer life, greater intelligence and creativity, more fulfilling relationships and work success, reduced societal stress, and effortless creation of peace.

Famous talks by Maharishi may be found in this video directory ►

Maharishi’s Revival of an Ancient Tradition of Ultimate Human Development ►

What Is “Being,” and How Can We Experience It? Excerpts from Maharishi’s Science of Being and Art of Living ►

New Edition: Timeless Knowledge for Higher States of Consciousness, Science of Being and Art of Living (part 1) ►

New Edition: A Practical Guide to Inner Silence and the Art of Action, Science of Being and Art of Living (part 2) ►

Video The Importance of Regular Meditation | 6:44