MEDITATE AMERICA for a Healthy Nation—REPLAY of Benefit Celebration and Concert of Dec. 3

With our nation facing an historic health crisis, its economic consequences, and uncertainty in every area of life, the need for the simple, easy, Transcendental Meditation technique and its stress-reducing, evidence-based health benefits is greater than ever.

To help meet this need, the David Lynch Foundation is partnering with the non-profit national TM organization to launch their most ambitious initiative ever, MEDITATE AMERICA for a Healthy Nation, to offer greater resilience, improved health, and inner peace through the TM technique to those undergoing stress and trauma, including healthcare workers, veterans, and vulnerable populations.

You’re invited to watch the replay of the star-studded inauguration of this national initiative at the MEDITATE AMERICA Benefit Celebration and Concert, which was held on Thursday, December 3, at 7:00 p.m Eastern (details below).

Watch a video of the whole event now! ►

To make the TM technique available at this scale requires a two-pronged approach: local, via 180 U.S. TM Centers and TMFriends.org, and national, via the David Lynch Foundation’s large-scale programs for at-risk groups (more below). 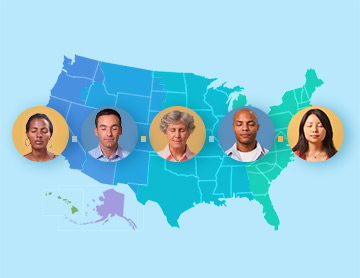 Donate to one of the 180 TM Centers across the U.S. at TMFriends.org

Donations to local TM Centers play an essential role in helping to make the TM technique available to anyone facing financial hardship. Centers are part of the federally recognized non-profit 501(c)(3) educational organization (see TM.org) that teaches the TM program in the United States.

Support your local TM Center and Scholarship Fund by making a donation at TMFriends.org and selecting your Center. Your contribution will make a difference in the lives of many.

“The TM technique has been invaluable in helping me cope with recent trauma,” said Daniel Pearce of New York City. “It continues to amaze me with its simplicity and effectiveness. Getting the lowered rate for financial need was key in getting me into the TM Center in the first place. I don’t see how I could’ve done it otherwise. I am eternally grateful for the technique and the teachers who I have learned so much from.”

Donations also help ensure the continuity of TM Centers. Like all non-profits, TM Centers are facing unique financial challenges during the coronavirus pandemic. Your contribution provides support for all the TM programs offered in your community.

Support your local TM Center and Scholarship Fund by making a donation at TMFriends.org and selecting your Center ►

The MEDITATE AMERICA Benefit Celebration and Concert will be co-hosted by Hugh Jackman and his wife Deborra-Lee Furness, and Katy Perry, as well as ABC’s Good Morning America co-anchors Robin Roberts and George Stephanopoulos, and ABC’s medical correspondent Jennifer Ashton, M.D. They are all long-time supporters of the David Lynch Foundation and will offer their insights about this initiative to bring the Transcendental Meditation technique to America. 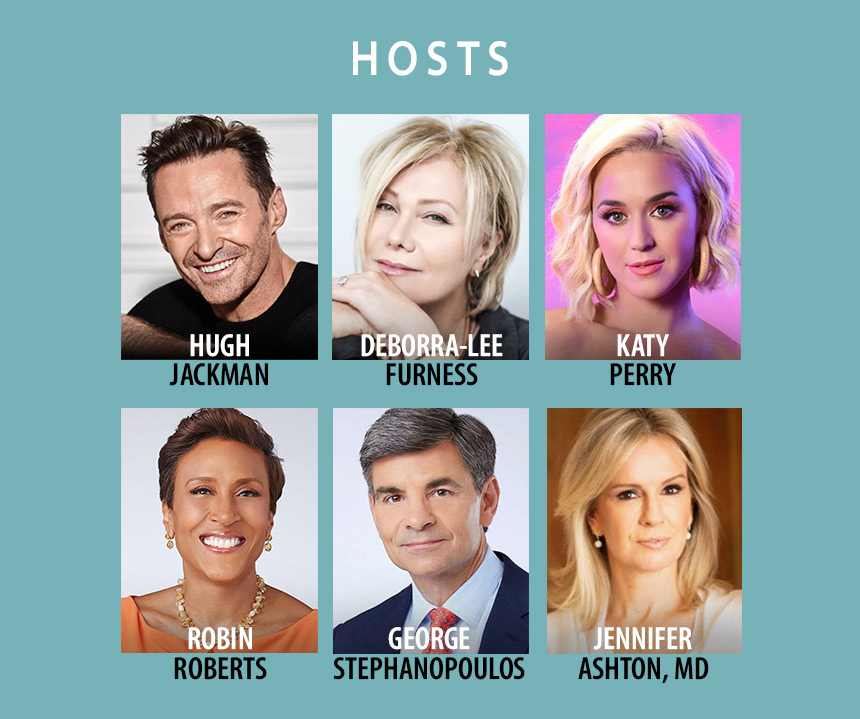 The concert will feature performances by Sting, Angelique Kidjo, Graham Nash, Elvis Costello, Kesha, Jim James, and the Brooklyn Youth Choir, and will be led by musical director Rob Mathes (Kennedy Center Honors). These artists are coming together to raise awareness and support so that people suffering trauma and stress, including healthcare workers, first-responders, veterans, and families in under-resourced neighborhoods, can all learn the TM technique.

Watch the replay video of the Dec. 3 concert and celebration ► 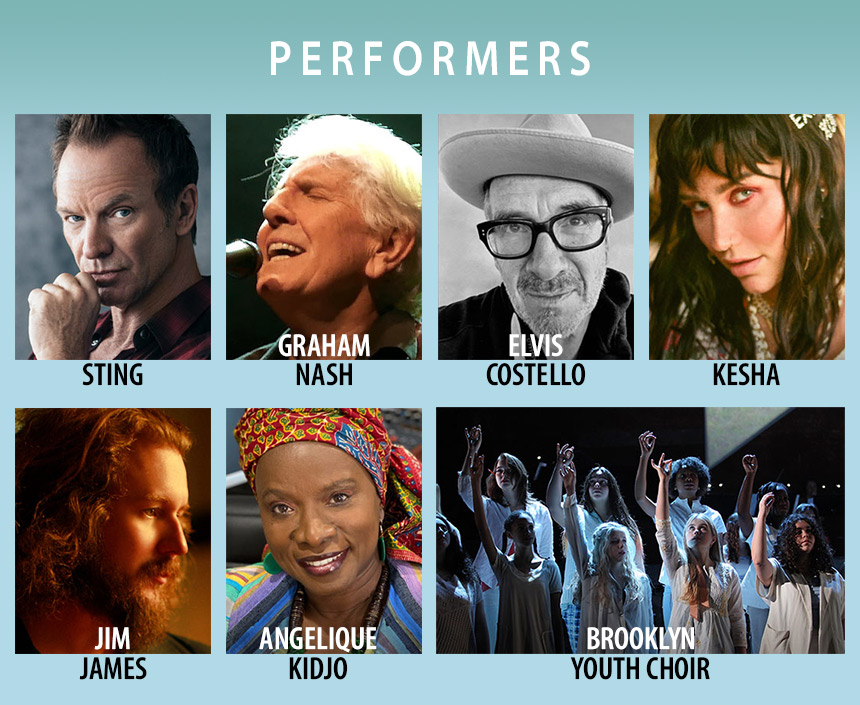 These artists are coming together to raise awareness and funds so that people in need can learn the TM technique.

A highlight of the celebration will be the presentation of the First Annual “Peace on Earth” Award of the David Lynch Foundation to Tony Nader, M.D., Ph.D., M.A.R.R., for his contributions to making the TM technique available throughout the world. 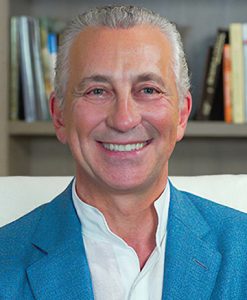 Dr. Nader is the head of the international Transcendental Meditation organizations in over 100 countries, serving all sectors of society—education, health, business, defense, agriculture, and more.

A medical doctor, M.I.T. and Harvard University–trained neuroscientist, and globally recognized Vedic scholar, Dr. Nader was chosen by TM Founder Maharishi Mahesh Yogi to be his successor in leading the world’s TM programs.

Offering the TM Technique through Healthcare

The ultimate goal of the MEDITATE AMERICA initiative is to bring the evidence-based TM technique to anyone who is at-risk and vulnerable to stress and trauma, in the same way that approved medicines are available to people.

“The David Lynch Foundation was established to bring the TM technique to populations most in need. But with the whole nation at risk, how to bring this technique to everyone? Through healthcare, which requires more large-scale, multi-site, third-party scientific studies,” says Bob Roth, CEO of DLF.

More than 380 peer-reviewed research studies on the TM technique have already been published in over 160 scientific journals. These studies were conducted at more than 200 research institutions, including Harvard Medical School and Stanford Medical School. But more studies are needed. 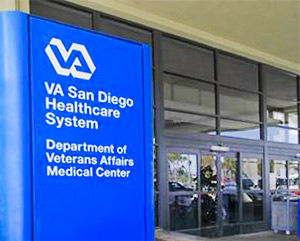 The first phase of the initiative is to conduct additional large-scale, randomized controlled trials by independent researchers on the benefits of the technique for healing trauma, and for reducing high blood pressure, heart disease, stroke, anxiety, and depression. Outcomes from the trials will be used to qualify the TM technique as a medical intervention covered by private and public insurance companies.

For example, the Department of Defense, U.S. Army Medical Research, sponsored a randomized, controlled trial for $2.4 million in which veterans with PTSD who practiced the TM technique showed significant reductions in PTSD symptoms, according to a study published in The Lancet Psychiatry journal in 2018. Learn more ►

Nine Veterans Affairs sites are ready to participate in a multi-site study conducted by the VA on the effects of TM practice for post-traumatic stress disorder (PTSD). The results of this study will help secure funding for 1 million vets suffering from PTSD to learn the TM technique.

Once the TM technique has been approved for health insurance reimbursement, then anyone who suffers from stress and stress-related disorders will be able to learn TM at no cost. In this way, as many as 300 million people will be able to enjoy the profound benefits of TM practice, a development that will transform the health of the entire nation.

“With the whole nation at risk, how to bring this technique to everyone? Through healthcare, which requires more large-scale, multi-site, third-party scientific studies.” —Bob Roth, CEO of DLF

Even before the COVID-19 pandemic, a Harvard report called physician burnout “a public health crisis that urgently demands action,” with several surveys putting the rate of provider burnout as high as 70 percent. Today, the situation is far worse. “Heal the Healers Now” is a national initiative to bring the TM technique to healthcare workers who are battling the coronavirus pandemic in public hospitals. 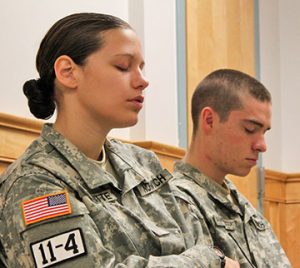 Tragically, at least 21 veterans take their own lives every day. This national epidemic is compounded by the fact that such acts cause lifelong harm to family members and co-workers. The “21 to None”® initiative is addressing the epidemic of high suicide rates among vets by delivering the TM technique to veterans and their families through VA healthcare systems, military bases and military universities, and veteran service organizations.

Early-age trauma scars the brain and fuels poor academic performance, sickness, substance use disorder, and antisocial behavior. The “Healthy Family/Healthy Community” initiative partners with local government and civic organizations to bring the TM technique at no cost to under-resourced adults and children to reduce stress, improve cognitive and brain functioning, and prevent crime and violence.

“Heal the Healers Now” is a national initiative to bring the TM technique to healthcare workers who are battling the coronavirus pandemic in public hospitals. 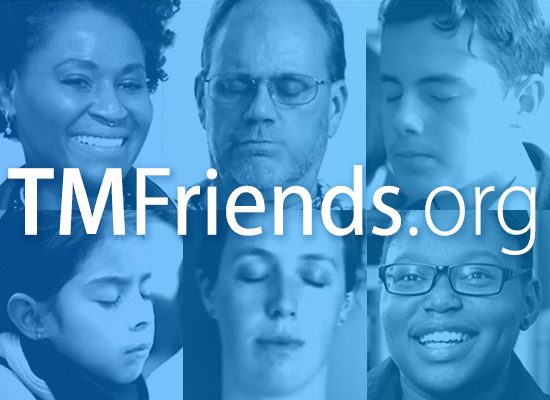 The Gift of Inner Peace Changes Lives for Good

In this season of light, giving, and miracles, we bring you three stories of lives changed for the better with the gift of learning the Transcendental Meditation technique in a time of need. Thanks to generous donations from fellow meditators, they received a TM scholarship and created new futures for themselves. 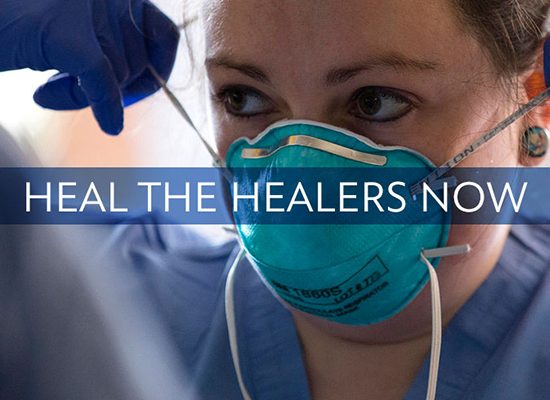 As announced on Good Morning America, the U.S. TM organization and the David Lynch Foundation (DLF) will help health workers reduce anxiety, boost resilience, and heal trauma. “Our doctors, nurses, and other providers are on the front lines in a life-or-death battle against a pandemic threatening the very life of society,” says Stuart Rothenberg, M.D., Medical Director of the DLF Center for Health and Wellness. 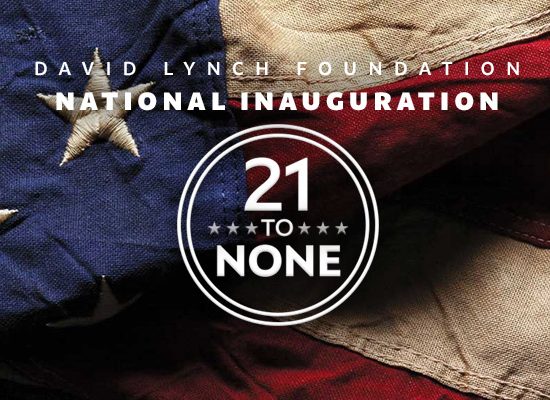 Reducing Veteran Suicides from 21 to Zero Per Day

The David Lynch Foundation inaugurated its campaign to reduce the high rate of veteran suicides by alleviating PTSD with the evidence-based TM technique on April 2, 2020. The "21 to None" campaign is going strong, although the New York City event to launch this effort with Jon Bon Jovi and Jake Gyllenhaal and honor meditating U.S. military leaders was cancelled due to the Coronavirus health crisis. 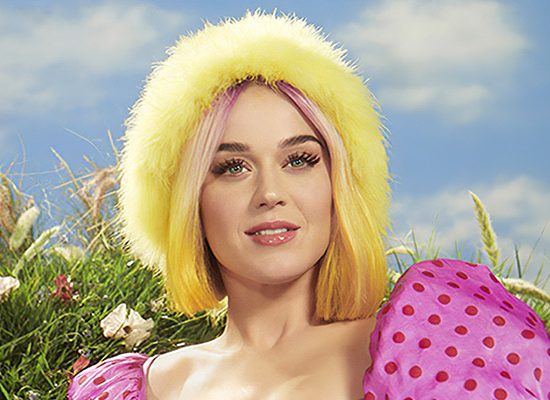 “Silence the Violence” Benefit Concert, Oct. 11: An Inside Look at Bringing TM to 10,000 Youth and Families

An inside look at the work of the David Lynch Foundation in Washington, D.C. Concert proceeds will help bring the TM technique to vulnerable youth and families at no cost, through in-school and after-school programs and community organizations.