Demystifying the latest science on the microbiome, and applying Maharishi AyurVeda to protect your gut

When I gave my first lecture on the Transcendental Meditation® (TM®) technique at Harvard Medical School in 1971, very few doctors in the audience believed that stress was damaging to our health. Now a virtual mountain of research proves it.1

Recent studies show that stress affects not only our mind and body; it also disrupts something called our microbiome, which is composed of the trillions of microbes in and on our body. In this article, and in my video presentation, I explain how the TM technique and Maharishi AyurVeda® help combat the effects of stress on our microbiome. 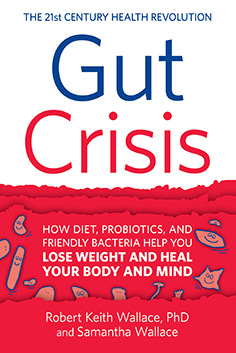 What Is the Microbiome?

The largest part of the microbiome consists of the friendly bacteria that live in our gut—the 30-foot-long gastrointestinal tract—particularly our large intestine. They help our digestion and absorption of vitamins and minerals.

They also protect us from harmful bacteria and ensure the proper development of the gut lining.

Enlivening the Body’s Intelligence with TM and Maharishi AyurVeda

What does any of this have to do with the Transcendental Meditation technique? Maharishi Mahesh Yogi, the Founder of the TM program, also revived Ayurveda, one of the most respected traditional systems of health.

Maharishi worked with the greatest doctors and scholars of Ayurveda and created a complete system called Maharishi AyurVeda, which restores the understanding that consciousness is the basis of the physiology. 2

The Transcendental Meditation technique is an integral part of Maharishi AyurVeda. The practice of TM reduces stress and enlivens the body’s own inner intelligence. Research reveals that it significantly improves numerous disorders, including high blood pressure, heart disease, gastrointestinal disease, as well as mental health conditions such as anxiety and depression. 3-5

What Does TM Have to Do with Our Gut?

One of the most basic principles in Ayurveda is that all disease begins in the gut. So, does TM affect our brain or our gut? 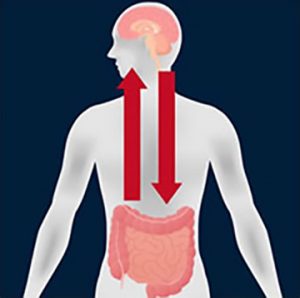 Since these systems are interconnected, they naturally act together and can magnify the deleterious effects of stress. Reducing stress through TM helps to heal digestion and the gut, improving the health and well-being of both body and mind.

Stress and the Gut-Brain Axis

Here’s how stress affects our gut. Stress causes our brain to almost shut down our digestive system because it stimulates the fight-or-flight response, sending blood away from the digestive tract to the muscles and brain. One way it does this is by sending nerve signals to the gut. One of the most important nerves is the vagus nerve, which begins in our brain and branches to our throat, heart, and lungs, before making its way to the GI (gastrointestinal) tract.

Our brain also interacts with our gut through hormones and other chemical messengers. During stress, it triggers the adrenal glands to release the stress hormone cortisol, which enters our bloodstream and increases intestinal permeability, resulting in what’s called a leaky gut, in which the gut lining allows undigested food particles and other substances into the blood stream. It can also shut down the activity of the immune system within the gut.

How TM and Good Bacteria Can Help Our Gut

Fortunately, we can improve our stress response and our microbiome through both our brain and our gut. TM produces a rest and rejuvenating response, which allows our body to go into a state of restful alertness. In addition, TM reduces cortisol, a hormone which, as we said, can cause a leaky gut.

TM produces a rest and rejuvenating response, which allows our body to go into a state of restful alertness. TM also reduces cortisol, a hormone which can cause a leaky gut.

We can also change our gut bacteria. A recent UCLA brain-imaging study on women reveals that they react differently to stressful stimuli depending on the type of bacteria that live in their gut. 7
These researchers had previously shown that diet can affect the brain. They gave female subjects either a psychobiotic (a probiotic mixture to improve mental health) or a placebo. They then presented the subjects with images of frightening faces, while measuring activity in key areas of the brain responsible for emotions.

Results showed the stress-reducing benefits of good bacteria. Subjects who took the placebo had a “normal” stress response, whereas the subjects who received the psychobiotic had a reduced stress response (less excitation) in the same areas of the brain. 8

The bottom line is that reducing stress through improving your microbiome and practicing Transcendental Meditation helps to heal digestion and the gut, and also improves the health and well-being of both body and mind.

What More Can We Do for Our Microbiome?

Here are a few recommendations from a book, which I co-wrote with my wife, Samantha Wallace, called Gut Crisis: How Diet, Probiotics, and Friendly Bacteria Help You Lose Weight and Heal Your Body and Mind. 9

Agni: Ayurveda refers to all digestive and metabolic processes in the body as Agni.

Ama: Ayurveda defines ama as undigested food and toxins. When ama accumulates in the fine channels of the body, it causes inflammation and disease.

Doshas: Ayurveda describe the three doshas as the underlying principles of intelligence that govern the body. Vata is said to govern movement; Pitta, digestion; and Kapha, structure. Vata is associated with the nervous system, Pitta with the digestive system, and Kapha with the skeletal system.

Inflammation: When the body is injured or confronted with a harmful microbe, such as a dangerous bacteria or virus, it responds by creating an inflammatory response in the affected area. An increase in blood-flow carries immune cells and various chemicals that interact to help isolate and kill the invader.

Prakriti/Vikriti: Each of us is born with a particular combination of doshas called the Prakriti. We could compare it to our genetic makeup at birth. When the doshas go out of balance, however, an abnormal situation called Vikriti is created. Vikriti corresponds to an imbalance in the physiology that could lead to disease. 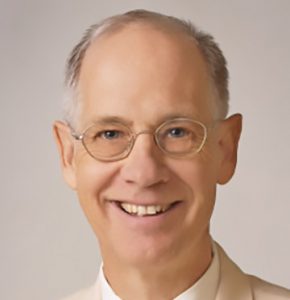 Robert Keith Wallace is a pioneering researcher on the physiology of consciousness. His work has inspired hundreds of studies on the benefits of meditation and other mind-body techniques, and his findings have been published in Science, American Journal of Physiology, and Scientific American. After receiving his B.S. in physics and his Ph.D. in physiology from UCLA, he conducted postgraduate research at Harvard University.

Dr. Wallace serves as Professor and Chairman of the Department of Physiology and Health, Director of Research, and Trustee of Maharishi University of Management (MUM) in Fairfield, Iowa. He helped create the first fully accredited Masters of Science degree in Maharishi AyurVeda and Integrative Medicine in the United States.

Dr. Wallace is the author of several books, including Gut Crisis: How Diet, Probiotics, and Friendly Bacteria Help You Lose Weight and Heal Your Body and Mind. See Gut Crisis website. 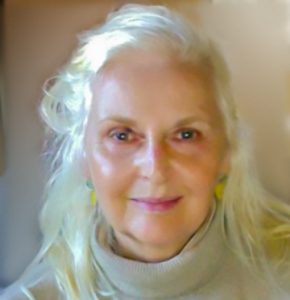 Samantha Jones Wallace is a former model, often featured in Vogue, Cosmopolitan, and Look magazine. A lifelong practitioner of the Transcendental Meditation technique, she has also gained a deep understanding of Ayurveda and its relationship to health and well-being.

The co-author of Quantum Golf, she is an editor of Dharma Parenting, and co-author of Gut Crisis. She is presently finishing her own book on inner and outer beauty, which introduces how Maharishi AyurVeda benefits our health and appearance, with a special emphasis on Essential Oil Skincare.