My Journey from Physician to TM Teacher

To be able to pass on this simple formula for experiencing inner silence and enlivening the innate intelligence of the mind and body has been the fulfillment of my dream of really helping people to live better lives.

I went into medicine because I wanted to help people. In 1975, when I learned the Transcendental Meditation® (TM®) technique, I was a practicing M.D. with board certification in internal medicine and rheumatology. Deciding to learn TM had taken me a few years. 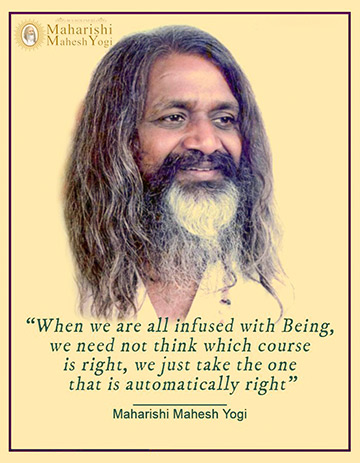 In the late 1960s, I had seen ads for free TM lectures with a picture of Maharishi Mahesh Yogi, the Founder of TM, but I was highly skeptical and dismissed them. Then in 1972, I read an article in Scientific American by Robert Keith Wallace, Ph.D.,1 who had recently received his doctorate from UCLA for the first scientific research ever done on the TM technique.

Dr. Wallace described fascinating changes in the physiology due to TM practice. I was astounded and wanted to know more, but when I tried talking with colleagues, none of them knew anything about it.

Then in 1975, while attending a conference in New Orleans, a friend picked up a pamphlet summarizing more recent research on the TM technique. When I saw the studies that suggested greater use of mental potential, I knew I wanted to learn Transcendental Meditation.

When I saw the studies that suggested greater use of mental potential, I knew I wanted to learn Transcendental Meditation.

Discovering the Ease and Effectiveness of the TM Technique

I thought I would have to go to Los Angeles or New York to learn more, but found, to my surprise, that TM introductory talks were being held in a junior college just six blocks from my house. I attended one and decided to take the TM course.

I was still a bit skeptical. The TM technique was described as being beneficial in so many areas—better health, clearer thinking, improved relationships—whereas my scientific training had taught me that each problem needed a different solution. So I decided that if I didn’t like it, I would just quit and not worry about it.

I was shocked at how easy the TM technique was, and within a few days, I was looking forward to each meditation session.

I was shocked at how easy the TM technique was, and within a few days, I was looking forward to each meditation session. The first feedback I got was when the young women who worked in my medical office went to my partner and asked why I had suddenly stopped “blowing my stack” several times a day over some error or other.

When I heard this, I was very embarrassed and had no idea that this was the perception others had of me. Yet it was true. That is what I had been doing, and when I stopped, the office staff picked up on it right away.

One of the employees actually learned the TM technique just on the strength of this change in me.

My real motivation to learn the technique was to get smarter and use more of my mental potential. I knew I wasn’t using all of mine. However, I did not notice any dramatic changes at first.

Then one day, six months after starting to practice TM, I was looking at my office schedule and saw that it was not a very efficient use of my time. I made a few changes here and there, and right away I started doing 20 percent more work each day in less time. That was a change I definitely did notice.

This increased efficiency allowed me to see more patients and to serve all of my patients more attentively. In addition, I now had some extra time to pursue things outside of medicine. This turned out to be the first of three 20 percent increases in my work output.

Before I learned TM, I had more to do every day than I could get done… But as I became more creative, I was able to do more in less time.

Before I learned TM, I had more to do every day than I could get done. Where was I ever going to find time to meditate for 20 minutes twice a day?

Yet the reality is that I wasn’t using my time effectively. But as I became more creative, I was able to do more in less time. So the 20 minutes twice a day actually increased my free time, something I hadn’t had much of before.

With these kinds of results, soon I was recommending the TM technique to my patients. Over 10 years’ time, 200 of my patients learned the technique. I was able to follow these people for 10 years and observed some impressive results. 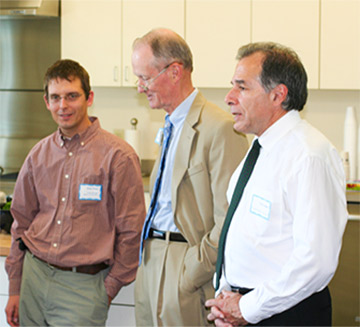 Dr. Edwards Smith teaching a TM course to employees of Riparius Construction Co. in Baltimore in 2007.

When a patient would start practicing TM, I sometimes wouldn’t see them again for up to three years. Unlike the rest of my patients, they just didn’t need to come back.

But eventually they would return because they wanted to tell me about the changes in their lives. They might say that they had stopped smoking or stopped drinking alcohol. Or they were eating more fruits, grains, and vegetables. Or they were exercising regularly or going to bed earlier.

The thing is, I had not advised them to make any of these changes. Nothing I learned in medical school equipped me with a method to persuade them to change their unhealthy habits. I usually handed them a prescription for some medication and told them to come back in three months.

But once I started recommending the TM technique to my patients, the ones who took that advice spontaneously figured out how to lead healthier lives all by themselves and were feeling much better as a result. This was not my experience with my patients who were not meditating.

Once I started recommending the TM technique to my patients, the ones who took that advice spontaneously figured out how to lead healthier lives all by themselves.

I had to stop and think. If practicing the TM technique could produce these kinds of changes for my patients, it seemed to be more helpful than any medicine I could prescribe. Since these were the kinds of results I’d always wanted for my patients, maybe I needed to re-think my career path.

Fulfilling My Dream of Helping People

After a few months, I decided to quit my medical practice, leave my 6,000 patient charts behind, and go in the direction of teaching the Transcendental Meditation program full-time. 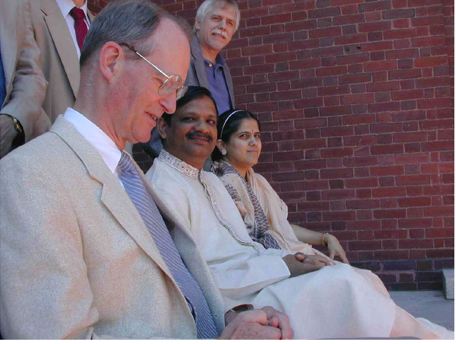 I joined the faculty of Maharishi International University (now Maharishi University of Management) and taught in the Physiological and Biological Sciences Department headed by Dr. Keith Wallace. I taught courses in biology, anatomy, and physiology, as well as Maharishi AyurVeda® and the Science of Creative Intelligence, to both undergraduate and graduate students.

In time I took the TM Teacher Training Course and became a certified teacher of the TM technique myself.

I later left Maharishi University to establish new schools for Consciousness-BasedSM education and health. My wife, Janet Smith (also a TM teacher), and I first went to Columbus, Ohio, to start a Maharishi Vedic College and Maharishi AyurVeda College, and then did the same thing in Cleveland. A few years later, I became the dean of Maharishi College of Vedic Medicine, in Albuquerque, New Mexico.

Ironically, I feel more involved in health care now than I did when I practiced modern medicine.

With TM People Create Wellness and Balance from Within

Eventually, I retired from all things medical and now focus exclusively on teaching the TM technique in Vermont, with a strong side interest in woodworking. Ironically, I feel more involved in health care now than I did when I practiced modern medicine. 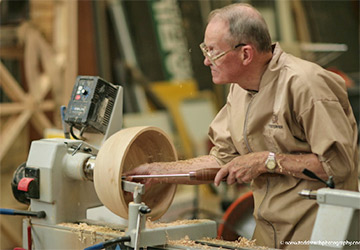 Dr. Smith, who is is also a fine woodworker, turns a wooden bowl on his lathe.

By teaching people the TM technique, I help them to lower their blood pressure and, with their doctors’ guidance, to come off medicines that they thought they’d have to take all their lives.

I help troubled young people who have lost their way become involved in living again and inspire them to continue their education. I help alcoholics with post-traumatic stress get their lives back in order and re-enter society as productive citizens.

This simple, effortless practice of TM enables my patients to spontaneously and naturally lead lives of greater fulfillment.

But do I do these things, really? No, the power of nature does them.

All I do is pass on the invaluable skill of the Transcendental Meditation technique taught to me by Maharishi Mahesh Yogi, a technique that allows my TM students to harness the power of nature’s intelligence and create wellness and balance from within. This simple, effortless practice of TM enables them to spontaneously and naturally lead lives of greater fulfillment.

This is the knowledge I was ultimately seeking when I entered medical school. To be able to pass on this simple formula for experiencing inner silence and enlivening the innate intelligence of the mind and body has been the fulfillment of my dream of really helping people to live better lives.

D. Edwards Smith, M.D., is a certified TM teacher at the Vermont TM Center in Williston, Vermont, where he teaches with his wife, Janet Smith. His accomplished woodwork may be viewed at his website, Edwards Smith Fine Woodworking. 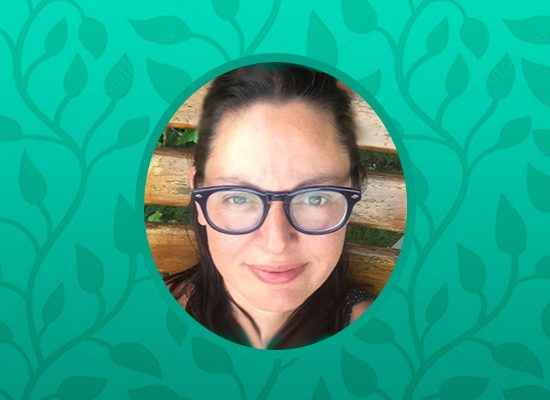 A Dive into Myself, a Source of Inspiration, a Rediscovery

“It’s a deep search or even better, a rediscovery. It really seems like things have been there a long time waiting for me to ‘come back’!” writes Maria Di Donna about her TM practice. 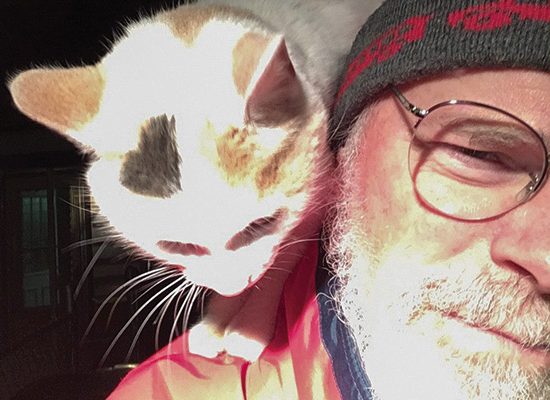 The Only Thing That Helps Me Through as a Caregiver

“The calm and the deep peace, the deep rest, the comfort and consolation, the relief and release, the emotional stability, and the motivation of my Transcendental Meditation practice,” writes Bruce Merchant. 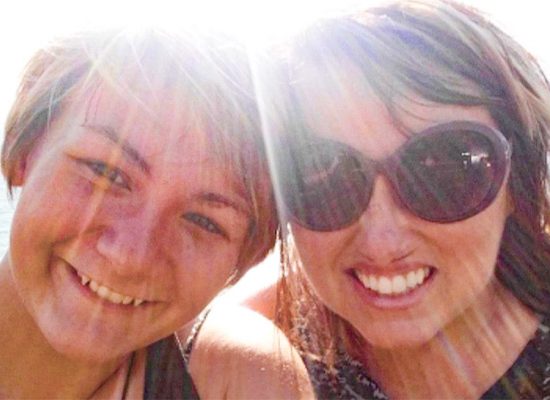 My TM Practice Helped Save My Life

Cin Langston recovered from cardiac arrest and a coma to live fully again. "I don’t think I would have survived the cardiac arrest with such minimal damage to my brain if I hadn't taken the leap and learned TM," she writes. 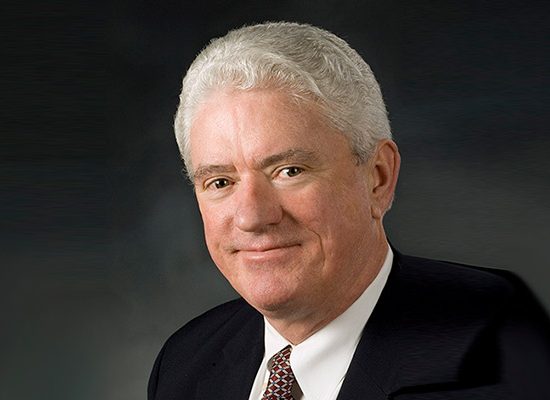 A Wellspring of Problem-Solving Creativity

Mark Hess: “Quieting the inner dialogue allows for the brain’s waves to settle, to change to another channel, and for a wellspring of new information, new artistic expression, and problem-solving to emerge…” (Read more)