“Stress and craving really play a critical role in the relapse process, so anything we can do or offer patients to help mitigate some of that can be very positive,” says Jan Gryczynski, Ph.D., lead author of a recent study on the Transcendental Meditation technique and alcohol use disorder (AUD). “I see meditation in general, and TM specifically, as having great promise in relapse prevention.” 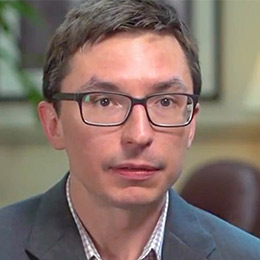 Video: Jan Gryczynski, Ph.D., other researchers, and subjects discuss their experience with the TM technique as an adjunct to rehabilitation (3:47)

Dr. Gryczynski of the Friends Research Institute in Baltimore, Maryland, says “The overarching purpose of this pilot study was really to determine the feasibility of integrating TM into alcohol use disorder treatment. And that’s something that we demonstrated very well.”

The recent study was published in the April issue of the Journal of Substance Abuse Treatment.

The small, well-designed clinical trial was funded by the Peter G. Dodge Foundation and conducted by the substance abuse research specialists at the Friends Research Institute. It tested 60 subjects to see whether the results of adding the TM technique to their treatment would be strong enough to justify an application to the National Institutes of Health (NIH) or other funding sources for a larger-scale Phase 2 trial. 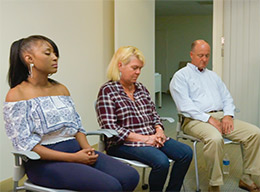 At the Rockville, Maryland in-residence center, researchers compared the results of the 30 patients who added the TM technique to their treatment-as-usual (TAU) versus the other half who didn’t. Subjects in the TM group learned the technique at the start of their three or four weeks at the facility and then attended weekly follow-up sessions for the three months of the study.

While both groups improved similarly on multiple measures after three months, “regular, twice-daily practice of TM was associated with better outcomes and was protective against return to drinking after treatment,” Dr. Rothenberg said.

No subjects in the TM group who meditated regularly engaged in heavy drinking after being discharged from the facility, while 47 percent of the non-TM subjects did.

No subjects in the TM group who meditated regularly engaged in heavy drinking after being discharged from the facility, while 47 percent of the non-TM subjects did.

“This is an important finding,” said Dr. Grant. “The fact that no participant in the twice-a-day group returned to heavy drinking is very encouraging.”

As study participant Karl said, “Since I started doing the meditation twice a day, I haven’t had any cravings… This is the best I’ve felt in many, many years—we’re talking decades.” 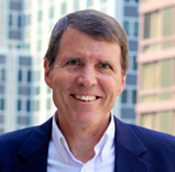 Also noteworthy is that patients reported high adherence, satisfaction, and perceived helpfulness of TM. “Most of the subjects who learned Transcendental Meditation enjoyed the practice and continued with it,” Dr. Grant said.

Treatment adherence is often the “Achilles heel of any kind of new intervention,” whether it’s a medication or behavioral change, said Dr. Gryczynski. But the uptake of TM was high, with 85 percent meditating on most of the past 30 days at follow-up, and 61 percent closely adhering to the recommended twice-daily TM practice.

“Meditation has significantly helped my recovery,” said study participant Karl. “And I think it should be taught in every rehab facility there is.”

There was also a significant relationship between regularity of TM practice and the degree of benefits: those who practiced the TM technique regularly tended to show the largest reductions in perceived stress, psychological distress, and alcohol craving.

The study also showed that the practice of TM—and not just being instructed in it—was necessary for reductions in alcohol use and stress.

“Meditation has significantly helped my recovery,” said study participant Karl. “And I think it should be taught in every rehab facility there is.”

Celestine, a participant who has been sober for six months and practicing TM for five, adds, “Now when I wake up in the morning, I feel happy; I feel blessed. The one regret I do have is that I wish I had started [TM] earlier, just so I could have had that much more of my life back.”