Meditators gather from coast to coast to transcend together

Have you ever wondered what it would be like to meditate in a large group of, say, a 1,000 people? In Europe, TM meditators have been doing just that for the past year. Now, U.S. meditators have experienced this for themselves and are asking for more.

On May 7, from Alaska to Florida and Bermuda to Hawaii, 2,800 people meditated at 115 locations in our first-ever Nationwide TM Group Meditation. This cross-country event happened in two afternoon waves, one for eastern and central times, the other for mountain and western.

“Next time we will have the entire United States meditating at the same time, rather than in two waves. And we’re excited to announce that Canada and South and Central America will also be joining us,” said the National Directors of Advanced Programs, Bob and Carol Markowitz, who organized the event.

So save the date. The next Nationwide TM Group Meditation will take place on June 25, 2017—along with the entire Western Hemisphere!

The next Nationwide TM Group Meditation will take place on June 25, 2017—along with the entire Western Hemisphere!

How Does a Large Group Meditation Like This Happen?

At the First Nationwide TM Group Meditation on Sunday, May 7, meditators arrived at the chosen location for their area. Once everyone settled in, the local TM Teachers led a group TM Checking session—a special bonus to refresh one’s practice.

Then—simultaneously for all locations in that part of the country—the 20-minute large group meditation took place. To connect everyone both for the meditation and the special live talk to follow, video conferencing was in place.

This first attempt to connect everyone met with some technical difficulties for the East and Midwest regions. Although they successfully connected for the group meditation, some locations were unable to hear Dr. John Hagelin’s talk afterwards. But these glitches were completely worked out for the second Western wave, which went off flawlessly.

Most importantly, the large group meditations took place simultaneously and were enjoyed by all for both the first and second waves.

As a Connecticut meditator wrote, “It was great! I think we were all excited—the moment we arrived; I could feel it in the air. The meditation certainly left me feeling more connected to all there is!”

Meditators in Bethesda, Maryland, watching a live broadcast of Dr. John Hagelin, speaking on the “Group Dynamics of Consciousness” from Maharishi University of Management in Fairfield, Iowa

What’s the Significance of Meditating in a Large Group?

Following each wave of the May 7 nationwide event, Dr. John Hagelin, president of Maharishi University of Management® (MUM) in Fairfield, Iowa, and National Director of the U.S. TM organization, gave a special talk from MUM. This was broadcast where live video-conferencing was available and may now be viewed online. 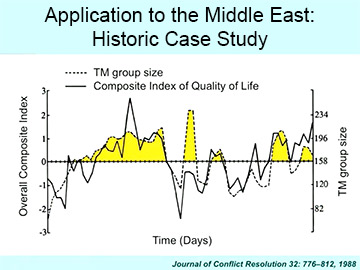 A study published in the Journal of Conflict Resolution illustrates how quality of life indicators in the Middle East track the fluctuating TM group size.

In this video on Enjoy TM.org, Dr. Hagelin engagingly explains the “Group Dynamics of Consciousness,” which is what happens when large groups practice the TM and TM-Sidhi programs together. As a world-renowned quantum physicist and president of the Global Union of Scientists for Peace, he is one of the world’s experts on the topic. (To learn more, see this Enjoy TM News article).

He describes how the positive effects of transcending during TM—of settling down and experiencing our deep core of silence—greatly amplify when we meditate in large groups. This creates a “spill-over effect” on the environment in terms of greater positivity, harmony, and even peace.

To illustrate, Dr. Hagelin introduces the research that shows how this “field effect of consciousness” can reduce crime, violence, even war deaths.

What Did People Like Most about the First Nationwide TM Group Meditation?

Of participants who responded to the survey, 85 percent said they loved the event and would like to see more in the future. Here’s a sample of their comments.

In St. Louis, Missouri, a participant wrote: “I didn’t realize the exponential amplification when doing it together. I very much enjoyed this experience and hope to do so again!”

In Vero Beach, Florida, one meditator said, “I love that we all could possibly be enlivening the world around us.” And another commented, “It feels wonderful to be a part of something very special in times like these.”

In Denver, Colorado, a participant especially appreciated “the opportunity to contribute to a unified local and nationwide consciousness. We all desperately need it. And besides, it was downright fun to be with others of like mind! Be sure to have them on a frequent basis.” 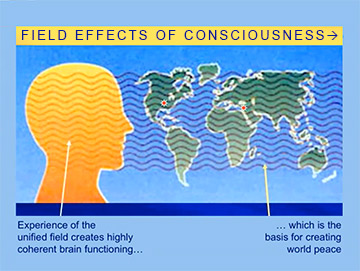 A graphic from Dr. Hagelin’s talk on the “Group Dynamics of Consciousness”

In Palm Springs, California, Rand Baker shared this response: “It was indeed an honor to have the opportunity to join fellow meditators in a nationwide meditation. Not only was it an honor, it was very powerful as well. The collective energy was palpable, and the group experience (especially during these unusual times for our country) was significant. The potential for great, positive effects is enormous and begs the question, How soon can we do it again?”

Given enthusiastic comments like these, there are now plans to hold Nationwide TM Group Meditations  every other month, with the help of local TM Centers around the country.

Next Group Meditation Event to Include Entire Western Hemisphere!

Everyone is especially excited about the next Nationwide TM Group Meditation event. In June, simultaneous nationwide group meditations in Canada and Central and South America will join in with our single-wave U.S. Group Meditation.

How many thousands may meditate simultaneously on that afternoon?

Join us on Sunday, June 25th to find out what practicing TM with the whole Western Hemisphere feels like firsthand. Mark it on your calendar! Soon you’ll receive an email invitation from your local TM Center.

“I didn’t realize the exponential amplification when doing it together. I very much enjoyed this experience and hope to do so again!”

Find out about online TM events ► 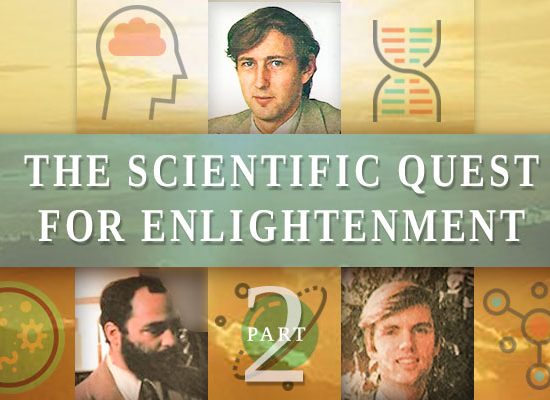 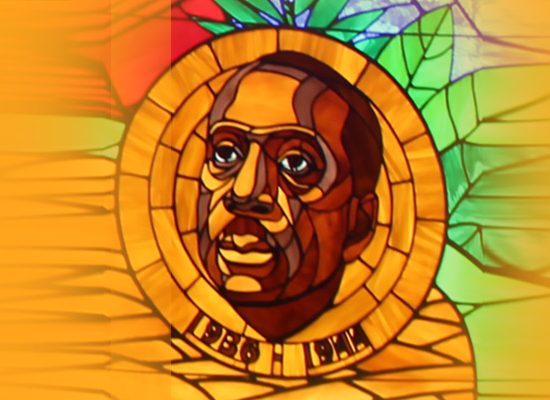