Turn up the bliss at extra-large TM group meditations: Next Global Meditation on Sunday, January 12, 2020

To find the Global TM Group Meditation schedule in countries around the world, contact your local TM Center and TM teachers.

Have you ever noticed that when you meditate at your TM Center with a group, it often feels easier, more silent, and more enjoyable? Have you ever wondered why?

One reason is correct practice. A few minutes of reviewing the basic principles of the Transcendental Meditation® (TM®) technique with a TM teacher quickly reestablishes effortless practice—the source of optimum experiences.

Another reason is that there is something different about meditating in a group. Researchers call this effect the “Group Dynamics of Consciousness,” which means that the impact of TM practice increases exponentially in a group, both for the individual and the environment.

To amplify these results—deep, effortless practice and increased personal and community benefits—a coordinated series of super-large group meditation events have been held, nationally and internationally, since 2017.

On Saturday, January 13, 2018, thousands of meditators in 42 countries gathered in groups to participate in the first worldwide TM Group Meditation. They started their TM practice at 5:00 p.m. local time, so that the international meditation would take place sequentially, in 24 time zones around the globe. (Note: A year later, at the Global TM Group Meditation on January 13, 2019, there were 112,179 participants mediating around the world.)

Throughout the Americas—from Argentina to Canada—group meditations were coordinated to begin simultaneously, regardless of local time zones. In the United States, that meant a simultaneous start time of 6:00 p.m. EST / 5:00 p.m. CST / 3:00 p.m. PST, for example.

Latin America and the Caribbean led the way with a stunning 38,000 meditators.

How many meditators participated? Latin America and the Caribbean led the way with a stunning 38,000 meditators, reflecting the presence of large TM groups in schools, the military, and other places in many countries. In North America, 1,878 meditators participated across the United States and Canada, from Massachusetts to California, and British Columbia to Quebec.

Across Europe and Eastern Europe—from France to Ukraine, Estonia to Romania—and the United Kingdom, 2,422 people participated in the Global TM Group Meditation.

In addition, people gathered to meditate together in Russia, China, and Japan; in Israel, India, and Nepal; in Australia and New Zealand; in South Africa and Kenya. In Thailand, 555 meditators participated from the Rajapark Institute for TM Advanced Programs.

Many more who were unable to travel to their local TM Center meditated at the given time at home, further increasing the grand total.

Dr. Tony Nader and Dr. John Hagelin on the Personal and Societal Effects of the Group Dynamics of Consciousness 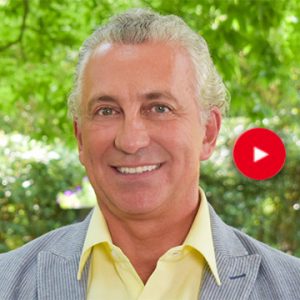 Tony Nader, M.D., Ph.D., M.A.R.R, head of the international TM organizations, welcomed participants to the First Global TM Group Meditation with a special talk titled “Exploring the Furthest Reaches of Human Potential.” He explained how acting from the field of pure consciousness, the source of all solutions, helps us transform ourselves and our world.

At the Nationwide TM Group Meditation in May 2017, John Hagelin, Ph.D., a Harvard-trained quantum physicist, National Director of the U.S. TM organization, and president of Maharishi University of Management (now Maharishi International University), explained the “Group Dynamics of Consciousness” in a special broadcast to local TM Centers in the U.S. As president of the Global Union of Scientists for Peace, he is one of the world’s experts on the topic. (Learn more in this article.)

In his talk, Dr. Hagelin describes how the positive effects of transcending during TM—of settling down and experiencing our inner silence—increase and amplify when we meditate in large groups. This creates a “spill-over effect” on the environment in terms of greater positivity, harmony, and even peace.

Meditators in Bethesda, Maryland, at the first Nationwide TM Group Meditation, watch a broadcast of Dr. John Hagelin on the “Group Dynamics of Consciousness” from Maharishi University of Management, Fairfield, Iowa (38:18)

This “field effect of consciousness” takes place when large groups practice the TM and advanced TM-Sidhi® programs together. To illustrate, Dr. Hagelin introduces research that has shown how this can reduce crime, violence, and even war deaths.

If you would like to ask Dr. Hagelin a question about the physics and mechanics of TM Group Meditation, you may post your question here.

This research examined the “field effect” of large groups practicing the TM and TM-Sidhi programs together twice a day over the course of days and weeks. Although there is not yet any research on the social effects of single, large TM Group Meditation events, anecdotal evidence suggests that the benefits for the individual may be profound.

Worldwide Meditators Report a Profound Sense of Peace and Connection 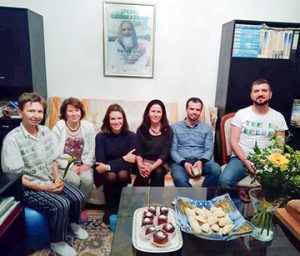 Meditators at the TM Center in Prague, Czech Republic, celebrate after the first Global Group Meditation

Many people reported how moving it felt to be connected to our world family of meditators. Here are some of their experiences.

“With the experience of a deep, personal inner peace came the feeling that we were in some way sharing this peace with others and making a positive contribution to world peace. I sensed that I was not the only person there who felt that way. Everyone in the room seemed to share a bond of commitment, a sense of peaceful purpose, and so the experience came packed with even more importance and joy. This was our first group meditation experience of this kind, but knowing what we know now, it definitely will not be our last.” —California, U.S.A.

“Thank you, for the joy of the group meditation yesterday. A unique feeling of lightness, expansion of the heart, and the joy to be alive—this is what it gave to me.” —Budapest, Hungary

“What was really profound to me today was hearing Dr. Nader say that going within is a way to really get to know yourself. Now, more than ever, we really need to know ourselves.” —South Africa

“Group meditation is so different than when I practice my own solo meditation at home! I felt more connected to other people—not only those in the room, but to everyone, even outside when I left… I felt much more accepting and tolerant—even more loving!” —California, U.S.A. 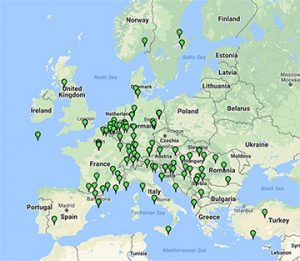 “Everyone was very, very, very happy, peaceful, and quiet. Thanks, everyone, for organizing it. We hope that this can happen every month.” —Armenia

“It was truly an amazing experience! I have always wanted to be part of a global meditation event. This one was perfect. Everyone seemed to be greeted with such love and acceptance. The space and energy in the room was prepared for a profound and powerful experience.” —California, U.S.A.

“Even though I have not meditated in quite a while, the experience during our global meditation was taking me incredibly deep and took me by surprise in such an unexpected way! It served as a great reminder for me to keep up this practice on a daily basis. What a gift to me!” —California, U.S.A.

“It was a big success on Salt Spring Island. We had 21 people in attendance with another 5 people who couldn’t join the group but who meditated at the same time. Everyone felt such bliss and depth of transcendence, and we’re all eager for future Global Group Meditations. We also had a large group of Sidhas come for the TM-Sidhi program afterwards. Everyone was absolutely delighted with the agenda of events and the palpable bliss and coherence created.” —British Columbia, Canada

“My husband and I have been meditating together for about five years, and our time meditating is something we both find very sacred. Tonight we got to expand that connection worldwide in your first global TM meditation, and it was extremely moving and powerful. My husband had goose bumps, and I was tearful when we first closed our eyes together, knowing that this was something that we could do to contribute to world peace during such turbulent times. —Florida, U.S.A.

“Thank you for including us—we look forward to continuing to share this worldwide, peaceful practice!” —Florida, U.S.A.

For the next Group Meditation, if you’re unable attend in person, but still meditate at the same time at home or elsewhere, please let your local TM Center Directors know, and they will be happy to add you to their total numbers for the event.

From the Organizers—Bob and Carol Markowitz, Directors of Advanced Programs for the United States

“Maharishi Mahesh Yogi, the founder of the TM technique, had the great vision to see that it is possible for the inner peace within each of us to contribute to a more peaceful world. With our First Global TM Group Meditation, we wanted to come together to honor this vision of creating a more peaceful, more harmonious world through the group practice of the TM technique,” said Bob and Carol Markowitz.

“With all of us meditating together, our global TM family is united at the deepest level, the transcendent, in a huge wave of happiness, giving the world a wonderful start to the new year—and a sweet taste of the power and joy of such a huge group meditation,” they added.

“You’re warmly invited to join our next Nationwide and Global TM Group Meditations. For details and more information, visit the EnjoyTM Events page for all our upcoming dates.”

To find the Global TM Group Meditation schedule in countries around the world, contact your local TM Center and TM teachers. 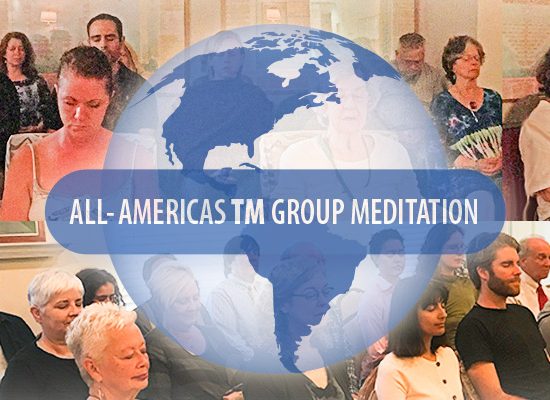 Twenty-nine countries and more than 18,000 meditators participated in the first-ever Western hemisphere  group TM meditation on June 25, 2017. Many reported a profound sense of inner peace and revitalization. 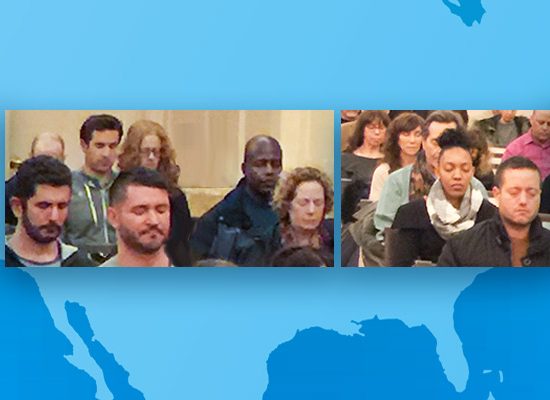 Have you ever wondered what it would be like to meditate with a large group of 1,000 people or more? Find out from meditators who participated around the country on May 7, 2017. 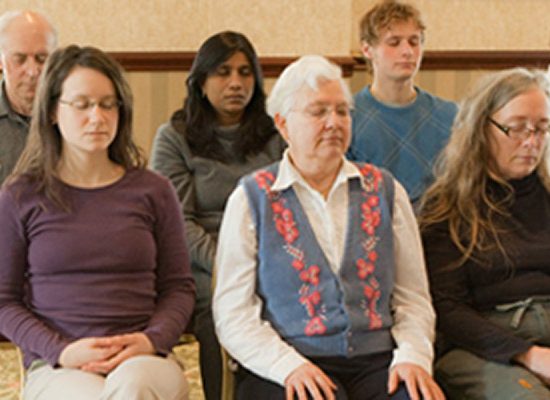