Veterans of wars in Vietnam, the Gulf, Somalia, Iraq, and Afghanistan suffering from post-traumatic stress disorder (PTSD) found significant relief from their symptoms as a result of practicing the Transcendental Meditation® (TM®) technique, according to a new pilot study published in Military Medicine.

The 41 veterans and 5 active-duty soldiers in the study had been diagnosed with clinical levels of PTSD, as measured by the PTSD Checklist-Civilian (PCL-5). According to the study, “symptoms can include repeated disturbing memories, depression, anxiety, negative emotions, hypervigilance, reminder avoidance, inability to concentrate, and persistent flashbacks and nightmares of traumatic events.” 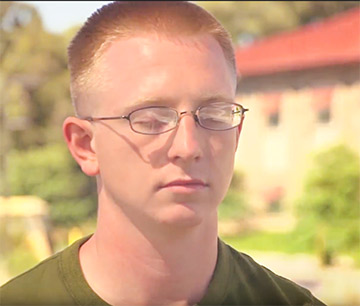 After one month, 87 percent of the study participants had experienced a clinically significant decrease of more than 10 points in their PTSD symptoms. Of greatest significance was the finding that 80 percent of participants (37) dropped below the PTSD Checklist’s threshold for clinically significant PTSD after one month. Moreover, a 90-day post-test showed that symptoms continued to improve.

The effect size, a measure of effectiveness, was unusually high. A value of .8 is considered to be a strong effect, but here the effect of practicing the TM technique on PTSD symptoms was more than double (1.91). In addition, the very low probability value (p < 0.0001) indicates the data has a high statistical significance.

“It’s remarkable that after just one month we would see such a pronounced decrease in symptoms,” said lead author, Robert Herron, Ph.D.

After one month, 87 percent of the study participants had experienced a clinically significant decrease of more than 10 points in their PTSD symptoms.

Standard PTSD treatment, on the other hand, which entails veterans attending counseling and re-experiencing their trauma as part of therapy, is typically only partially successful. In fact, approximately two-thirds still suffer from PTSD after being treated, according to a research review of randomized clinical trials.

Many veterans experience life-changing results from practicing the TM technique.

“The Transcendental Meditation technique is very easy to do, and results come quickly,” said James Grant, Ed.D., Director of Programs for TM for Veterans, which provided partial funding for this study.

“Because it works on the neurophysiological level to reduce stress, it appears to have a broader impact than cognitively-based therapies,” Dr. Grant said. 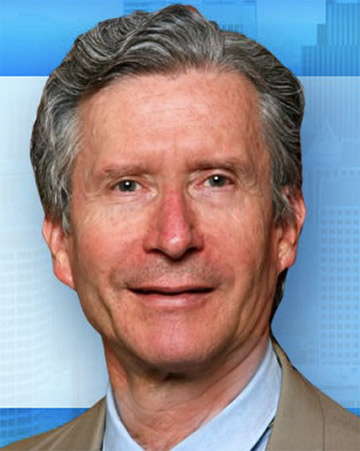 For the study, veterans were recruited through media advertising rather than through a veterans hospital. “This shows that veterans are able to help themselves,” said Dr. Herron. “After learning about the opportunity to participate in the study, they went to local Transcendental Meditation Centers to be instructed in the practice,” he added.

“The veterans involved were pleased that they were able to do this on their own, and no doubt the VA hospitals appreciate that there are therapeutic approaches that can be undertaken without the costly intensive care of a therapist that treatment typically entails,” Dr. Herron said.

While some veterans are reluctant to go to counseling because of a perceived stigma, Dr. Grant commented that there’s less stigma associated with meditation, which is widely practiced by healthy people. “The TM technique promotes self-sufficiency. It’s a tool that the veteran can use for life, on his or her own,” he added.

A New Approach to Health: 20 Minutes, Twice a Day 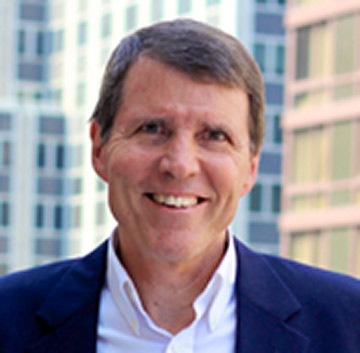 James Grant, Ed.D., Director of Programs for TM for Veterans

When study participants learned the TM technique, they were instructed to meditate for 20 minutes twice a day, the standard recommendation for TM meditators. The study found that the veterans who maintained this twice-daily routine showed greater benefits than those who practiced TM only once a day. (For more about other studies that have shown increased benefits with regular TM practice, see Dr. David Orme-Johnson’s recent Enjoy TM News article.)

“Researchers have been calling for new approaches to PTSD, and the Transcendental Meditation technique seems to be particularly effective,” Dr. Grant said. “Veterans who elect to learn TM can find significant reductions in their PTSD symptoms. The results are promising and suggest that this is a modality that deserves more attention and rigorous study.”

“TM promotes self-sufficiency. It’s a tool that the veteran can use for life, on his or her own.” —James Grant, Ed.D.

The current study follows four previous studies on veterans that suggested improvements in PTSD symptoms. Because of these promising findings, the U.S. Department of Defense has supported a randomized controlled trial involving 210 veterans that is now nearing completion. 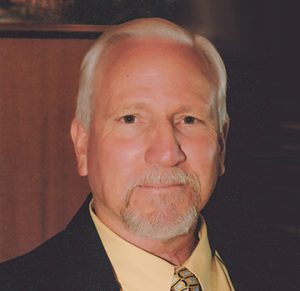 Colonel (Ret.) Brian Rees, M.D., coauthor of the current study, was the lead researcher on two earlier studies on Congolese refugees suffering from PTSD, which found a significant benefit after just 10 days of TM practice.

“The evidence is mounting that the Transcendental Meditation technique could be an effective alternative to the standard approach to PTSD,” said Dr. Rees.

Marine veterans talk about training from the inside with the TM technique, a video produced by the David Lynch Foundation (4:06)

Funding for veterans to learn the Transcendental Meditation technique in this study was provided by the Wege Foundation of Grand Rapids, Michigan.

“The evidence is mounting that the Transcendental Meditation technique could be an effective alternative to the standard approach to PTSD.” —Colonel (Ret.) Brian Rees, M.D.

Editor’s note: We’re grateful to Dr. Jim Karpen and Ken Chawkin, upon whose EurekAlert press release this article is based, and to Drs. Robert Herron, Brian Rees, and Jamie Grant for their assistance in preparing this article for Enjoy TM News. 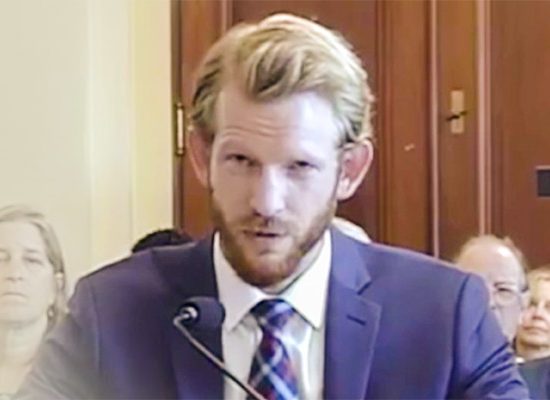 At a U.S. House hearing on post-traumatic stress, Marine veteran Paul Downs tells the story of how TM saved his life.