A conversation with concert pianist and composer Roy Eaton

Roy Eaton talks about his 85 years playing and creating music as a concert pianist and as a composer of music for leading advertising agencies in New York City. He also discusses how his TM practice has helped him through periods of extreme stress in his personal and professional life. He shares a selection from one of his albums titled The Meditative Chopin.

Now 91 years old, Mr. Eaton is the son of Jamaican immigrants—his father a mechanic and his mother a governess—and grew up in Harlem. When he was 6, he took up classical piano, and in 1937 at the age of 7, he played at Carnegie Hall, winning a gold medal in a Music Education League competition. His education included the City College of New York, the Manhattan School of Music, the University of Zurich, and Yale University. He later became a music instructor at the Manhattan School of Music.

In June 1950, Mr. Eaton won the first Kosciuszko Foundation Chopin Award and made his concert debut in 1951 with the Chicago Symphony Orchestra, performing Chopin’s Piano Concerto in F Minor. He was reengaged to perform Beethoven’s Fourth Symphony the following season, and made his New York Town Hall debut in 1952.

Roy Eaton talks about his 85 years playing and creating music as a concert pianist and as a composer of music for leading advertising agencies in New York City. He also discusses how his TM practice has helped him through periods of extreme stress in his personal and professional life.

Mr. Eaton was drafted for two years into the U.S. Army at the time of the Korean War, serving as a writer and producer of radio and TV programs for military personnel. On leaving the Army in 1955, he became a copywriter and composer at Young & Rubicam, and in his first two years, created 75 percent of all the music produced there. He also worked for almost three decades in advertising with Benton & Bowles and his own company, Roy Eaton Music Inc. He was inducted into the Advertising Hall of Fame in 2010.

In 1957, after an automobile accident that killed Mr. Eaton’s wife of less than a year and left him comatose and in constant pain, his physicians gave him a 10 percent chance of surviving. Clearly, he proved them wrong.

In 1968, after attending an introductory talk given by TM Founder Maharishi Mahesh Yogi at the Felt Forum in New York City, Mr. Eaton learned the TM technique and has been a regular meditator ever since.

Mr. Eaton returned to concert performance in 1986, at Alice Tully Hall in New York City’s Lincoln Center. He became well‑known for performing a unique program format that he called “The Meditative Chopin.” After recovering from a stroke in 2017, he continues to perform at the age of 91.

Mario Orsatti, the host of TM Talks and Senior Teacher of the Center for Health and Wellness, a division of the David Lynch Foundation, interviewed Roy Eaton on January 30, 2022. 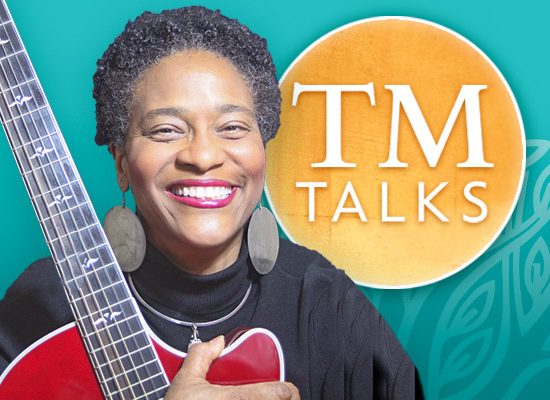 Sheree Brown, singer, songwriter, musician, producer, and teacher, began her career as a rhythm and blues recording artist for Capitol Records. Her newest album includes her hit single “Take a Walk with Love.” She talks about how 40+ years of TM practice has impacted her life and music, and her current focus on helping young people. 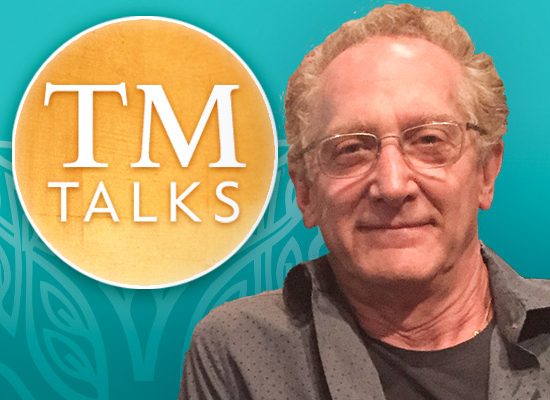 Maharishi Mahesh Yogi on the Nature of Music and the Role of the Musician | 55:01

TM Founder Maharishi Mahesh Yogi talks about how music expresses the creative intelligence of nature, why we're attracted to music, and the important role musicians play in society. Lea Cho, an accomplished musician and Director of Programs and Special Projects at the David Lynch Foundation, joins host Mario Orsatti to discuss this historic talk. This encore episode first aired on December 19, 2021. 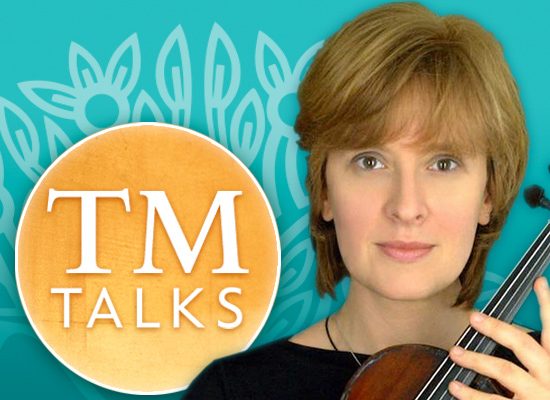 Music for Life—Music As Vibrating Consciousness | 58:01

Alessandra Cuffaro, acclaimed Italian violinist and the first woman to perform the difficult virtuoso piece Paganini's "24 Capricci" in one concert, talks about music as a representation of the essence of life. Her over 700 solo performances have been reviewed in American, Italian, Spanish, French, and Eastern European media. This encore episode originally aired October 10, 2021.