Reducing trauma for women in prison has vital implications, says The Permanente Journal

Research finds that women are the fastest growing population in U.S. prisons, nearly double the rate of men. They enter prison with high rates of mental, emotional, and sexual abuse, burdened by proportionally more trauma than their male counterparts. These high levels of trauma contribute to poor lifestyle choices, psychological and physical illnesses such as cancer, and increased risk for recidivism.

This research has far-reaching implications for health care, according to the journal’s companion editorial, “Mind-Body Training for At-Risk Populations: Preventive Medicine at Its Best.” Permanente has now published two studies by lead author Dr. Sanford Nidich of Maharishi University of Management—this one on female inmates and another on male prisoners. According to the editorial, “These projects offer insight and guidance toward advancing the scope and paradigm of our preventive-medicine efforts.”

At the Coffee Creek Correctional Facility in Wilsonville, Oregon, the women practicing TM meditated twice a day in their cells, and met together twice a week for a group meditation with a TM instructor. Like other TM meditators, the women settled into a state of restful alertness. They also experienced the characteristic physiological effects familiar to TM meditators—the deep bodily rest and self-repair that is the opposite of the “flight-or-fight” response. As a result, studies have shown that meditators don’t react as sharply to stressful stimuli. 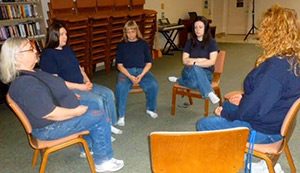 After just four months of practicing the TM technique, the meditating inmates showed significant reductions in their trauma symptoms, including fewer intrusive thoughts and less “hyperarousal”—psychological and physiological tension, anxiety, fatigue, and high startle response—compared with the non-meditating control group. (The controls were on a waiting list to begin TM at the end of the four-month study.)

“Freedom from the Inside”

“It has been difficult to find peace and happiness in such an environment,” one woman said. “Meditating twice a day has helped lessen my stress levels, allowed me to connect to and center myself at deeper levels, and to retreat, reflect, and problem-solve.” TM helped not only her mental clarity and sense of calm but also her physical health: “My blood pressure has gone down and my sleep, though I have insomnia, is deeper and more relaxed. I feel more energized.” 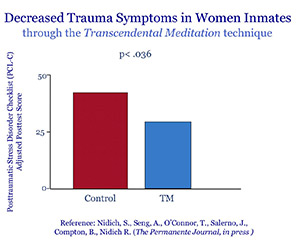 Subjects in the Transcendental Meditation group showed a significant decrease in trauma symptoms compared to a control group after four months.

An inmate who suffered from severe post-traumatic stress disorder (PTSD) reported immediate relief. “Before I learned TM I was waking up several times a week with night terrors—literally screaming,” she said. “I would only sleep a few hours per night because I was so frightened of my dreams. I had horrible flashbacks, nightmares, and severe PTSD. Almost immediately I saw the beneficial effects of TM… I am able to fully focus throughout the day and have an inner peace and understanding.”

And another woman found a new sense of freedom along with better relations with others: “I feel so open and have gained such a deep sense of surrender to my life and the feelings surrounding my incarceration,” she said. “I no longer feel imprisoned. I now feel my freedom from the inside of me. My relationships have blossomed and grown so much since I began using TM.”

“I no longer feel imprisoned. I now feel my freedom from the inside of me. My relationships have blossomed and grown so much since I began using TM.” —an inmate at Coffee Creek Correctional Facility

“This study is a valuable addition to the research literature on women’s mental health, showing a natural and effortless alternative approach to reducing trauma symptoms,” said lead author Dr. Sanford Nidich, director of the Center for Social and Emotional Health at Maharishi University of Management. 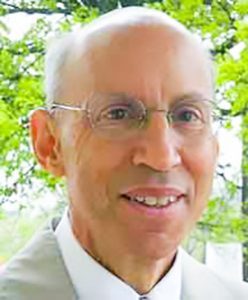 Sanford Nidich, Ed.D, lead author and director of the Center for Social and Emotional Health at Maharishi University of Management

“It further replicates an earlier randomized controlled trial with Transcendental Meditation (TM) in male prison inmates suffering from high levels of trauma symptoms. Previous studies with the TM technique have shown reduced trauma in other populations, including veterans and African refugees.”

Such benefits can be life-changing for prisoners and at-risk populations—and the medical community is taking notice.

“Preventive Medicine at Its Best”

The TM technique has critical advantages as a mind-body intervention for at-risk populations, according to Charles Elder, M.D., M.P.H., F.A.C.P., author of The Permanente Journal companion editorial. As associate editor for integrative medicine, lead physician for integrative medicine at Kaiser Permanente Northwest, and affiliate investigator at the Center for Health Research in Portland, Oregon, Dr. Elder is well placed to judge. 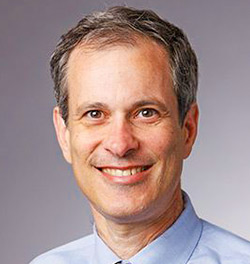 To begin with, as a popular, time-tested, evidence-based technique with a standardized, reproducible, seven-step instruction protocol, the TM technique is more easily accepted by prison administrators and inmates alike, he notes.

In addition, since the TM technique is brought directly to at-risk women and men before they return to their community, “it can be best accessed by the target population,” writes Dr. Elder. “Waiting for these inmates to come to a clinic or meditation center after they have returned to the community would, in essence, mean that they would never receive the benefits of the program.”

Most importantly, “once taught the [TM] technique, an individual can use the skill for the duration of his or her life, as a stress-management tool, gaining ongoing benefits across a range of domains,” Dr. Elder emphasizes. Benefits span reduced recidivism to improved cardiovascular health.

Side benefits like these make the TM technique a highly cost-effective mind-body intervention. By reducing recidivism and helping inmates return to productive roles in society, TM instruction decreases the expense of additional incarceration while increasing their contribution to the economy.

“Prevention efforts need not, and should not, be limited to procedures and drugs,” concludes Dr. Elder. Data from studies such as these by Dr. Nidich and his colleagues suggest that we can “promote health and well-being with evidence-based, mind-body interventions that are safe, cost-effective, and beneficial across a range of medical, psychological, and social challenges.”

“Once taught the [TM] technique, an individual can use the skill for the duration of his or her life… gaining ongoing benefits across a range of domains.” —Dr. Charles Elder, The Permanente Journal

Read the full study in The Permanente Journal here ►

Comedian and actor Russel Brand and 20/20's Elizabeth Vargas open up about their recovery from addiction. The Fix says, "A growing number of people are finding that Transcendental Meditation® is an essential tool in their recovery."