Dr. Michael Dillbeck is a widely published researcher on the physiological, cognitive, and sociological effects of the Transcendental Meditation® technique, and member of the Board of Trustees at Maharishi University of Management.

Rolf Erickson: When did research on the Transcendental Meditation (TM) technique begin?

Dr. Michael Dillbeck: In the 1960s, Maharishi was aware that we are living in a scientific age, and that people would want to know whether the effects of meditation could be measured before assuming they are real. So he encouraged scientists to do research on the benefits of Transcendental Meditation.

Keith Wallace, in his doctoral dissertation at UCLA, was the first to study the physiological effects of Transcendental Meditation. He discovered that, just as Maharishi had described, the experience of transcending constituted a fourth major state of consciousness. 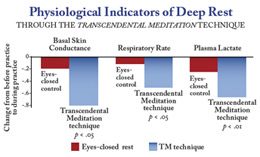 He found that, during the practice of the TM technique, there is a unique state of restful alertness that is distinct from waking, dreaming, and sleeping. His research documented that the body gained a profound level of deep rest while the mind remained awake.

In March of 1970, Dr. Wallace’s initial research, titled “Physiological Effects of Transcendental Meditation,” was published in the journal Science.

Rolf Erickson: What effect did that first research have?

Dr. Dillbeck: Dr. Wallace’s work was a major landmark in research on consciousness. As a result, the topic of meditation gained great currency in the scientific community. People saw that TM® was a practice which was universal. Anyone could do it, and it was taught in a systematic way. Those are the prerequisites for a scientific approach to the study of consciousness.

The initial studies by Dr. Wallace, Dr. David Orme-Johnson, and others had a profound effect, both for the public and within the scientific community. People began to realize that this was an approach to meditation that was proven to be effective. It gave them confidence to give Transcendental Meditation a try, and to confirm the benefits in the “laboratory” of their own experience.

The universal applicability of TM and the systematic way it is taught are prerequisites for a scientific approach to the study of consciousness.

And the topic of consciousness started to become of interest to scientists when they saw that there was a method to isolate consciousness and measure it. The research that followed validated the findings of Dr. Wallace, while exploring more deeply the experience of Transcendental Consciousness.

Rolf Erickson: What changes did they find associated with Transcendental Consciousness?

Dr. Dillbeck: Researchers found that breathing came almost to a complete stop, associated with very profound reductions in the body’s metabolism, and increased brainwave coherence. Those were the defining characteristics of Transcendental Consciousness.

Rolf Erickson: Can you explain more about EEG coherence? 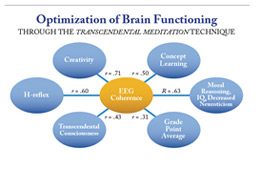 Dr. Dillbeck: Maharishi emphasized the importance of optimal brain functioning through the experience of Transcendental Consciousness. In 1976, Dr. Paul Levine began to measure EEG or electroencephalographic coherence during Transcendental Meditation, and subsequent research confirmed that during periods of Transcendental Consciousness, the brainwave activity becomes more coherent or integrated over very large areas of the brain. That coherence is associated with more orderliness in brain functioning and more effective thought and action in one’s daily life.

Research has also looked at brainwave patterns during activity. It shows that the characteristics of Transcendental Consciousness begin to be stabilized even within the first months of practicing TM. This means that brainwave coherence not only increases during the practice, but also very quickly begins to be maintained throughout our daily activity.

Research on brainwave patterns during activity shows that the characteristics of Transcendental Consciousness begin to be stabilized within the first months of TM practice.

Rolf Erickson: The Maharishi Effect was another landmark in TM research. How was it discovered?

Dr. Dillbeck: Maharishi had been saying from the early 1960s that when a small percentage of the population learned Transcendental Meditation, then the whole trends of life in society would change, including reductions in crime. Maharishi later specified that one percent of the population practicing the TM technique would be required to create this effect.

In 1974, a researcher at Maharishi International University noticed that there were a few cities in the United States where one percent of the population had learned the TM technique. He looked into it and found that the crime rate did decrease in those cities during the following year.

The first comprehensive study on this one-percent effect documented the positive changes in 24 cities, and was published in the scientific literature in 1981. In recognition of Maharishi’s prediction, researchers called this increased influence of orderliness in society the “Maharishi Effect.”

Rolf Erickson: This influence of creating coherence took another step with the TM-Sidhi program.

Dr. Dillbeck: Yes, when Maharishi introduced the TM-Sidhi® program in 1976, he discussed at length with scientists the principles of coherent effects in society and proposed that it would only take the square root of one percent of the population when there was a group practicing Yogic Flying® together.

At that point, Maharishi began to organize World Peace Assemblies—courses for groups of Sidhas to create an influence of peace in the atmosphere for a specific period of time. This allowed very rigorous sociological studies to be done, using statistical methods such as time series analysis and dynamic linear regression.

The first permanent group of Sidhas was established in 1979 in Fairfield, Iowa. Since then, there have been many times when the size of the group reached the square root of the U.S. population. Very rigorous studies showed a reduction of violence in society, including homicides, suicides, and motor vehicle fatalities.

When a small percentage of the population learns TM, trends of life in society change, including reductions in crime.

Rolf Erickson: How are these research studies viewed by the scientific community?

When a large group is enlivening pure consciousness together, then this creates a field effect that spreads throughout the whole society. While that can be a very great stretch conceptually for many social scientists, these studies have been published in respected journals, which is an indication of how strong they are.

As you might imagine, the research on the Maharishi Effect is examined very carefully before it is published, just to see whether there might be some other, more familiar, explanation for the effect that researchers find.

The field effect of consciousness is a very unique and powerful area of research that documents the most far-reaching influence of the Transcendental Meditation and TM-Sidhi programs for improving the quality of life in the whole world.

Rolf Erickson: In 2013, the American Heart Association (AHA) issued a statement that validates the benefits of the TM technique for heart health.

Dr. Dillbeck: The AHA statement was the culmination of a very important avenue of TM research on cardiovascular health, which has been conducted for many years with financial support from the National Institutes of Health and private foundations. Cardiovascular illness is the leading health problem in the U.S. and in most nations of the world.

The AHA statement concluded that, of all meditation and relaxation practices, only TM was shown to reliably reduce high blood pressure.

A very strong series of studies on this topic began to be published in the mid-1990s. Dr. Robert Schneider, Dr. Sanford Nidich, Dr. Vernon Barnes, and others have done a remarkable job of going into great depth, looking at the mechanics by which the Transcendental Meditation® program improves cardiovascular health. These research results include reduced blood pressure among hypertensive patients, and reduced atherosclerosis in the carotid artery.

When scientists at the AHA looked at the whole area of research on relaxation and meditation techniques, they concluded that, of all the different procedures of meditation or relaxation, only Transcendental Meditation was effectively shown by scientific research to reduce high blood pressure, and therefore improve cardiovascular health.

Rolf Erickson: Where do you feel this research is leading?

Dr. Dillbeck: The AHA statement was very significant. It will help cardiologists, medical doctors, and other medical practitioners begin to integrate Transcendental Meditation into their treatment protocol. The TM®  technique should become a standard treatment modality under appropriate circumstances and should also be supported by health insurance. 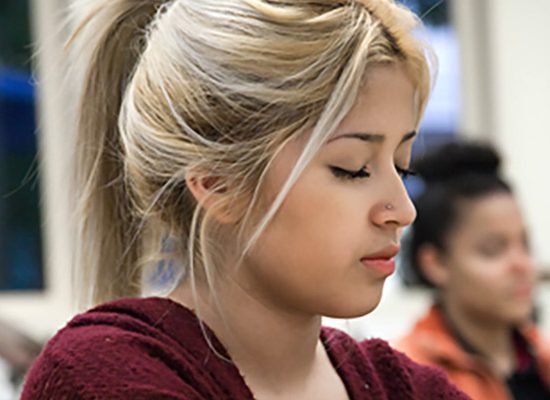 "Because it is still developing, the adolescent brain is more vulnerable to the effects of chemicals, including drugs, alcohol, and stress hormones." —Neuropsychologist William Stixrud, Ph.D. 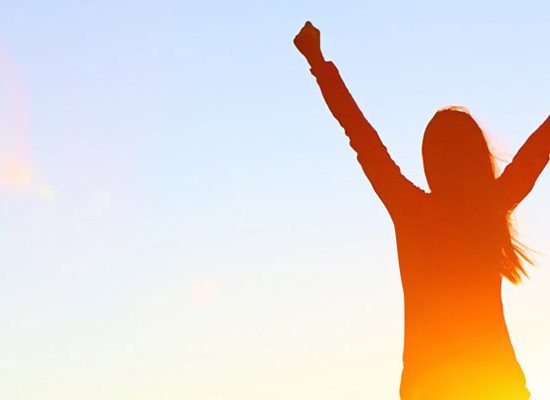 The following press release summarizes a scientific statement issued by the American Heart Association, published in the journal Hypertension on April 23, 2013.