The latest TM news from around the nation

From The Wall Street Journal to Parade, from People to Comedians in Cars Getting Coffee, the power of the Transcendental Meditation® (TM) technique to change lives and enhance personal growth continues to be a popular topic. In case you’ve missed the latest articles, we’ve gathered some highlights for your enjoyment.

Transcendental Meditation for Everyone

Bob Roth “dreamed of being a senator when he was young,” writes Alexandra Wolfe in her Wall Street Journal profile. Now, the CEO of the nonprofit David Lynch FoundationSM (DLF) is teaching the Transcendental Meditation technique to a dozen members of Congress in DLF’s new office in Washington, D.C.

Roth, 66, started TM in the 1960s at the University of California, Berkeley, in hopes of finding some inner peace amid the campus riots. “He was skeptical at first but soon became hooked,” Wolfe reports. After graduating in 1972, Roth became a certified TM instructor, and, Wolfe continues, “he started teaching meditation to children in inner-city schools in San Francisco.” 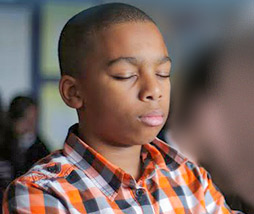 A student in a David Lynch Foundation “Quiet Time” program

Flash forward to 2005, when Roth co-founded the David Lynch Foundation with the film director to bring Transcendental Meditation to everyone. The nonprofit teaches TM to at-risk populations, including urban youth, prisoners, veterans, and victims of abuse, as well as hedge-fund managers, business leaders, artist, and entertainers.

The Wall Street Journal article notes a recent study, in which DLF participated, that found the TM technique reduces anxiety, depression, and trauma symptoms for prisoners in Oregon. It also cites DLF’s participation in “a study with the University of Chicago’s Crime Lab to research whether TM can reduce violence and improve scores in a trial with 2,000 children in five Chicago public schools,” a study that is expanding to include 800 students in New York.

Roth also works with Ray Dalio, Bridgewater founder and co-chairman, and a strong supporter of DLF’s educational mission, reports Wolfe. The TM practice has been “integral to whatever success I’ve had in life,” says Dalio. “It makes one feel like… a ninja in a movie, like you’re doing everything calmly and in slow motion.” Wall Street Journal subscribers may read the full article here ►

“I wake up and meditate for 20 minutes first thing in the morning,” Lynch said about his own TM practice. “And then I meditate for 20 minutes around 6:00 p.m. at the end of the day, before I have dinner with my wife, Emily, and my daughter, Lula. I love to meditate. I never miss. In fact, I have never missed a single meditation in more than 44 years! Why would I want to?”

What Inspired Him to Create the David Lynch Foundation?

“I had been reading in the press about little kids coming to school with guns and all the violence in the neighborhoods, and I thought, ‘How can anyone learn in an environment like that?’” Lynch said. “So we started the David Lynch Foundation to raise the funds so that any child anywhere in the country could learn to meditate if he or she wanted to.”

In the last 12 years, over 500,000 urban youth, veterans with post-traumatic stress, and women and children who’ve survived domestic violence have learned TM, thanks to the work of the Foundation. 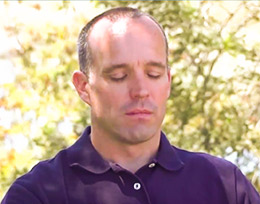 A veteran in the David Lynch Foundation’s Warrior Wellness program

“I remember a veteran who had not been able to sleep for more than one or two hours a night because of the trauma he experienced in Iraq,” recalled Lynch. “He started TM with a grant from the Foundation, and within one or two days, he was sleeping eight hours a night… He said TM has given him his life back. I always think of that man and wonder how many hundreds of thousands of veterans could be helped by TM if they only had the chance to learn.”  Read the full article on Coveteur.com ►

“He said TM has given him his life back. I always think of that man and wonder how many hundreds of thousands of veterans could be helped by TM if they only had the chance to learn.” —David Lynch

Gisele Bündchen recently spoke to People about her TM practice: “Meditation has been a great tool for me in my life. It helps to quiet my mind and helps me see things more clearly. It brings a sense of peace to my day. Meditation provides me space to rebalance and refocus when things are at their busiest.” 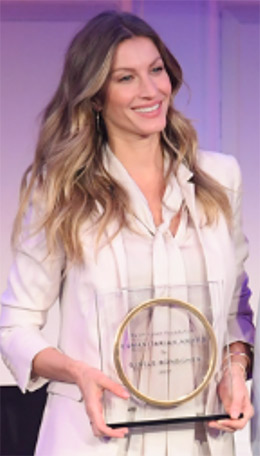 Bündchen also supports the work being done by the David Lynch Foundation to help at-risk women and children. She said, “The busy life we lead today generates a lot of stress. We are overloaded with information and overcommitted to so many tasks in our homes, jobs, causes… I think meditation is a wonderful tool to deal with stress.”

The David Lynch Foundation (DLF) recently gave Bündchen its Humanitarian Award at its Women of Vision fundraiser in New York City. According to the DLF website, this award “honors individuals or organizations who, through their wisdom, conviction, life experience, and resolve, are difference-makers in elevating members of our world family to new levels of health, prosperity, and progress.”
Watch highlights of her acceptance speech.

Jerry Seinfeld on Staying Young, Seinfeld‘s Legacy, and Why He Still Does Stand-Up

Comedian and actor Jerry Seinfeld, 63, will be featured in the upcoming HBO documentary If You’re Not in the Obit, Eat Breakfast, along with fellow comedy legends Carl Reiner, 95, Mel Brooks, 90, Betty White, 95, and Norman Lear, 94. So what keeps Seinfeld feeling young? Parade asked. 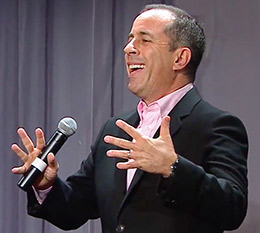 Comedy, definitely. “I love to write stand-up comedy, and I do it pretty much every day. That makes me feel alive and makes me feel like my life is worthwhile, because I’ve been doing it my entire adult life,” Seinfeld said.

Does the TM technique help with longevity?

“Oh, for sure, because it’s the greatest recovery from fatigue and stress that there is,” said Seinfeld. “I recommend TM to everyone I know. It’s definitely enabled me to do a lot more at the point that I’m at than I would normally be able to do. Most of my friends my age can’t keep up; they just get tired. With TM, you don’t have to feel tired any more.”

So how does Seinfeld fit his TM practice into his busy creative schedule? The comedy news site the interro bang shared a glimpse. Between back-to-back performances for his first Netflix comedy special, Seinfeld slipped away to recharge:

“Jerry came out to thunderous applause in a shiny gray jacket and tie, and ran through a set full of applause breaks. Jerry left the stage to even more thunderous applause than when he came up, and went right back to his trailer with his longtime manager George Shapiro to do a little TM before the next taping. The second taping also went without a hitch,” reported the site.

Does the TM technique help with longevity? “Oh, for sure, because it’s the greatest recovery from fatigue and stress that there is.” —Jerry Seinfeld

Aziz Ansari on Getting through the Intensity of Writing, Directing, Producing, and Acting

Seinfeld wasn’t kidding about recommending TM to everyone he knows. A couple of years ago, he told Aziz Ansari about TM when the younger comic appeared on Seinfeld’s Comedians in Cars Getting Coffee. 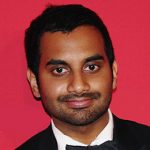 Ansari told Vulture what Seinfeld said that motivated him to start TM: “He was like, ‘Yeah, I used to do it once a day during Seinfeld. But once I started doing it twice a day, I was like, I could’ve done a bunch more seasons of the show.’ I was like, Whoa!” Ansari said. This part of the conversation didn’t make the final cut for Comedians in Cars Getting Coffee, but it made a lasting impression on Ansari.

Now he practices TM twice a day. This helps him get through the intensity of writing, directing, producing, and acting for the second season of his Netflix hit, Master of None: “All this job is, is just like 20 people going, ‘Aziz! Aziz! Aziz! Aziz! You need to answer this!’ And you’ve got your own questions and your own reactions: Is this scene working? How do I do this?”

Now Ansari practices TM twice a day. This helps him get through the intensity of writing, directing, producing, and acting for the second season of his Netflix hit, Master of None.

How Tom Hanks Spends Some of His Spare Time

For Tom Hanks, the prolific and universally beloved actor-writer-producer, Jerry Seinfeld recommended TM just when he most needed it, reported TMhome.com. Hanks shared his TM story for the first time on WNYC’s Sooo Many White Guys podcast.

Hanks ran into Seinfeld at a backstage event and the comedian asked the actor what he was up to these days. “I have to tell you,” Hanks told Seinfeld, “I’m fatigued. I’m spent. I’m tired. I need to be quiet for a while. I need to rest.”  To which Seinfeld responded, “So you’re tired? Well, why don’t you do TM?” 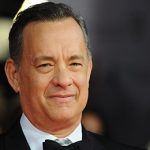 Fortunately for Hanks, it was Seinfeld and not someone else who told him about the TM technique. “If anybody other than a guy like him had said to me, ‘Why don’t you try TM?’ Like, if Goldie Hawn had said, ‘Babe, you gotta try TM!’ I’d have said, ‘Honey, listen, you enjoy your little floral pants and times in the forest and you commune with the wood sprites all you want. I don’t know anything about it.’ And so I did it,” said Hanks.

Now when people ask what Hanks does in his spare time, he has more to say than “wait for a dental appointment,” he joked. “Now I can say, ‘Actually, I took up that classic version of Transcendental Meditation.’ ”

“Now I can say, ‘Actually, I took up that classic version of Transcendental Meditation.’ ” —Tom Hanks

Look for another TM News Roundup in upcoming issues. If you find something our readers might enjoy, be sure to share it with us! editors@enjoytmnews.org 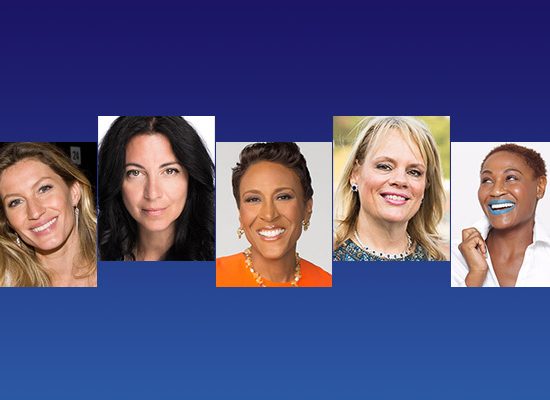 The luncheon will help the David Lynch Foundation bring TM® to victims of domestic violence. 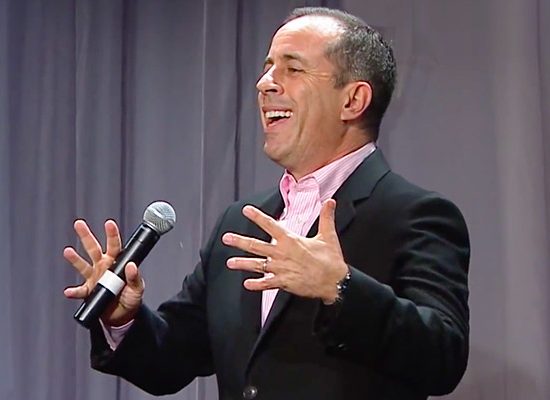 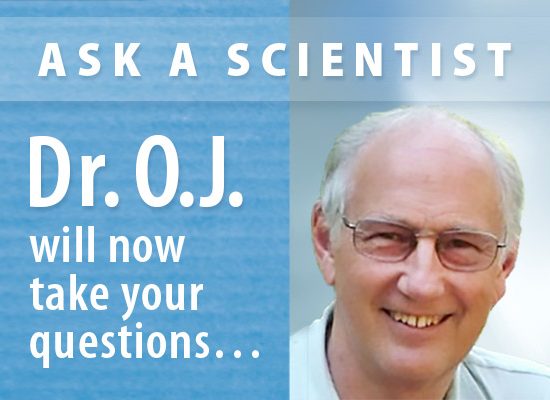 "Dear Dr. Orme-Johnson, I read a lot about mindfulness meditation in the news and on the Internet. How does the TM technique differ from mindfulness?"  —DT, Florida